Create the page "Drops" on this wiki! See also the search results found. 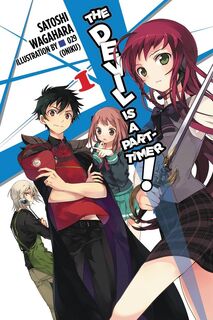 Hataraku Maō-sama! (はたらく魔王さま!?) is a Japanese light novel series written by Satoshi Wagahara, with illustrations by Oniku. The first volume was published in February 2011, and eight volumes have been released as of April 2013. In another dimension, the Dark Lord…